You can watch us live on this page every week.

In the meantime, you can watch our back catalogue.

We use BeLive, Switchboard.live, and ViLoud to deliver the live video to the website.
Whilst we are live, replays are disabled.

Click the playlist icon bottom right to view the episodes.

Another amazing episode of “Live Stream Talks on Restream”
The most international of all the live shows, brings every Wednesday good conversations, reflections, tips, insightful thoughts and lots of fun.

Engage with us and share your thoughts about our conversations.

We are pleased to talk with you!

The most international of all the live shows, brings every Wednesday good conversations, reflections, tips, insightful thoughts and lots of fun.

Marco and Steven had been broadcasting together for some time when Restream.io released great broadcasting Studio in April 2020.

We decided that it would be interesting to follow the development of this new product. The system quickly grew to four people on screen, and Harper Peterson joined us.

The rest is history; we now have a truly global team of co-hosts on the show. We have become a group of friends meeting up on live video to discuss topics that interest us.

Join us every week as we tell our stories and amazing yarns in a light-hearted atmosphere.

One week Marco produces the show from Portugal; the following week, Steven produces from England. 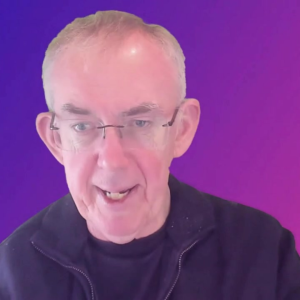 Play music whilst you explore